This has absolutely nothing to do with Sentinels, aside from one easter egg that I’m sure you’ll notice immediately, but since I know the three of you share my interest in the SCP Foundation, I thought it might be appropriate to let you know that I’ve finally gotten an article on the SCP Wiki that has immediately garnered several positives, rather than being viewed mostly negatively and eventually being deleted. I hope this won’t be my only contribution, but if it is, at least I’ll have done my part to ensure that Normalcy is preserved. Like a D-Class being used for testing, I’ve provided one meaningful data point for the Foundation’s records, and if I’m very lucky, I might survive to do it again. 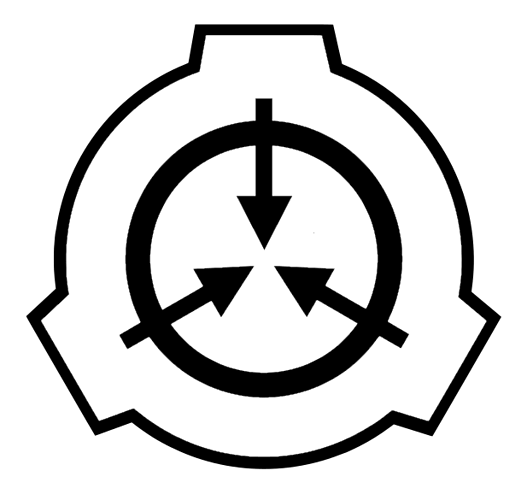 The Asuras of Mamjul - SCP Foundation

getting tales to stick is always a challenge, but this one’s already at double digits, so well done!

It shot up at least 8 overnight after I posted it, but the growth has slowed considerably; I failed to tag it properly as a Tale at first, so it appeared in the second row of “New articles” tables on the “New Pages” list, as “new miscellaneous pages” or something rather than “new tales”. This is now fixed, but it seems as though it must have been featured somehow specially when it was brand new, and now isn’t getting as many views (or the ones who are reading are less impressed for some reason). I suppose I shouldn’t complain, as it’s definitely better than the downward spiral of my first Tale (the second one was a meteoric plummet, but emphatically deserved this as it was a zero-effort first draft, while the first Tale I actually tried on and still failed). But it does slightly sadden and greatly puzzle me that there’s such a discrepancy between the article’s first 24 hours of rapid growth and its next 48 of relative stagnation. I wonder if I miscalculated by replying when Rounderhouse chimed in, denying that there was any intentional connection with his work in my piece; there doesn’t seem to have been any discussion since this.

I wrote another one! This is closer to the kind of meandering wordiness that got my first attempt to eventually fail, but it’s only been up for like a minute and it already got a Like or two, so maybe I’ve gotten the hang of it since last November. Please do give it a look and provide feedback. Unlike my previous failure, I have definite ideas about how this one can be improved.

The Entity Which Is Never To Be Allowed Anywhere NEAR The Anomalous Forest -...

EDIT: After getting one extremely prompt +1, the tale very rapidly accumulated 11 minuses, at least one of which was from a user who replied in the discussion that he thought it was “incredibly sexist” and “flat-out misogynistic”. While I consider these concerns extremely strong reactions, whose provocations (if I mentally put myself into the frame of mind where they’re visible at all) appear extremely minor to me. Since it’s not a hill worth dying on, I changed the text to try and address these concerns; hopefully the new version is impossible to see as sexist with any amount of squinting, though it’s certainly still a deeply flawed work.

If that one guy switches his vote and then the tale stays at -9 forever, I’ll be satisfied; if it gets deleted for being at -10 though, I’ll always wonder whether there was just one really twitchy and over-sensitive “sexism cop” who took offense at my entirely accidental transgression of his sense of morality, and immediately rounded up ten of his buddies to dogpile my tale into oblivion. I’ve heard credible reports of “social justice warriors” arranging these sorts of flash-mob beatdowns of anything they consider “problematic”, and while I might be willing to argue about the validity of such reactions somewhere else, in this case it was a completely innocent misunderstanding, which I hope can be cleared up by everyone just acting as reasonable adults.

Sorry to double-post, but anyone who wants to read my SCP tale might have only 24 hours to do so, depending on how aggressive the mod team is.

(@TakeWalker, what’s the wiki’s general reaction to someone reposting a previously deleted piece with minor improvements, just to get another trip around the path between 0 and -10?)

You generally want to have major improvements, addressing whatever feedback you got, however scanty it might be. Reposting too quickly or with too little changed is a great way to get downvoted to oblivion again. :B

Well, this is what absolute jerks the SCP forum community are, and why I never bother trying to get any help before I post. I tried making an exception to that policy, and this is what I get. I want to speak about this more, but it would involve a lot of swearing, so please PM if you’re down to hear me vent about it.

It was likely unintentional, but your latest tale reminds me of Wager Master, what with the “omnipotent entity setting rules for itself” bit.

Also, I don’t have an account on the SCP wiki, but if I did, I’d upvote that tale.

Well you could get an account, but it would be too late, as the tale is also in deletion. The parallel to Wager Master is completely accidental, but I agree that it fits, apart from the two entities having radically different alignments.

Unlike with my past failures, I’m hoping to repost this in Drafts Critique, despite the dickishness of that community, since I think this idea is good enough to be worth fixing. My original idea was only so-so, and I’ve left it alone, and my second attempt was complete crap and deserved to be deleted in a day, but this one doesn’t. I’m still firmly convinced that I was dogpiled by shrieking harpies because of the supposed sexism of my work, and that I’d probably have lingered indefinitely in the single-digit negatives if not for that. Combined with a little input from the community, I should definitely be able to get it fixed up.