After gaining permission to do so in another thread, I have begun to convert the not-yet-officially-converted-by-GTG Heroes of the Card Game into SCRPG Character Sheets. I'm posting them here mainly for GM/player use.

I'm just a fan doing this for fun. I am in no way an authority on how these heroes should work. I am simply guessing as best I can at their Characteristics, based on the Card Game mechanics and Letters Page lore.

I'll be converting and posting them in order of first appearance, as dictated by the Multiverse Recap Episode of the Letters Page. All comments, questions, and criticisms are greatly appreciated!

Now, without further ado, I present to you the madman of Mordengrade, the lunar lunatic, Luminary!

Notes on Luminary: In regards to the Principle of Business, Luminary's "business" is Mordengrade itself. His Electricity Power isn't Electricity manipulation, it's just him using his tech to shoot Electricity at things. Nanotech Arm is Signature Weaponry. I didn't roll the D8 for his Health, I just chose the value that would make it match his Card Game version's HP (I'll be doing this for all of these, I think).

Nice! For the Heroes: Are you going constructed or freeform method?

(Imho constructed should be more interesting, as a reference to see how said heroes would work within the chargen rules.... whereas free, albeit probably a closer match to the lore, could essentially be anything.)

Thats great, who do you plan on doing? any villains?

der andere Jan, I will try to use the Constructed Method for all of them (which I did for Luminary here), but I fear that that may become unfeasible for some. You pretty accurately said my reasoning for it: "constructed should be more interesting, as a reference to see how said heroes would work within the chargen rules". If I do use the Third Method, I will say so in that Hero's notes.

deanjday, as impossible as it sounds, my hope is to eventually get to all the Heroes. As I said in my original post, I'm going by first appearance, so the next one will be the Scholar, then Nightmist, Haka, et cetera, and lastly Benchmark. I haven't thought about this kind of thing for Villains... Maybe I'll do them once I'm done with the Heroes. To me, Villain creation just isn't as fun as Hero creation.

Here's my 2nd conversion: the Scholar.

Notes on the Scholar: the Scholar's Awareness Power and Alertness Quality represent his attunement to Ley-Lines. Self Transmutation is an Invented Power in the Self-Control catagory, which I created because none of the other Self-Control Powers actually change one's substance (which is something his Card Game version clearly does). Timeless Mentor is his background Quality. Again, I manipulated the D8 Health roll (from here on out, I'm not even going to note this anymore, just assume that I did it).

Variants: Both conversions I have posted thus far (Luminary & the Scholar) have been conversion of those heroes' classic Card Game versions, not Variants. Unless I state otherwise, assume that the version that I post is that hero's classic one, and not a Variant. Perhaps, in the future, I'll post something detailing my ideas for modifying the heroes to resemble their Variants.

We just sat down and made up a quick Haka today.  Hopefully this might help with your quest.

When I get to Haka, I'm planning on using the Exile Background. My reasoning is that although Aata is from another time, he has lived through the history between then and now, so he is accustomed to it.

Of course, as Christopher & Adam say, there is no one "right way" to build a Hero in SCRPG! Both our ideas are equally valid!

Sidenote: I don't have a "quest" to create every Hero or any silly thing like that, I'm just doing this for fun/for other GMs and players out there in Internetland to use, if they so desire.

Thanks Fjur! Your Exile build sounds really cool! I love what you're doing, and if we make any in the mean time I'll share them on here.

We were super tempted to use Multiverse, but the Higher Power just emanated what felt right for his build.

Keep being awesome out there, and Happy Holidays!

Sorry for the long delay. But to make up for it, here's that hero who everyone seems to miss more than the Scholar or Ra: Nightmist.

Note on Nightmist: Unlike my previous two conversions, I could not manipulate Nightmist's Health to match her card game version's HP. Her D10 Self-Discipline quality and D10 Red Zone Die both just made it too high, even with minimising her Health roll.

If anyone would like it, I might be persuaded to take a request in regards to who I convert next. I realise that "who's published first" is a somewhat arbitrary ordering method. And, if not, Haka's next.

If you ever get around to the Cauldron heroes, hit me up.  I've done a lot of groundwork on at least a dozen of them, just haven't had time to make them all pretty for posting.

Hmm, Cauldron heroes. . . There's a very small likelihood I'll convert them. It's not impossible, but if I do, it would be after all the SotM heroes. I've never played any of them, so I may not have the best feel for their abilities.

I am unfairly biased against "unofficial" material for no reason, even when I know that the person(s) who designed it could be as good (or better) a game designer than C&A.

And If you want me to look into it, I'll have to be provided with an free, online document of them. I'm not going to pay money for material that I'm never actually going to play. I understand if this is something you would not be willing to do.

I'll vote for Haka even though you said already that's who you were going to go with.

I would love to see the Argent Adept adapted to the RPG, myself :) I am a sucker for any kind of musical character.

Okay, Antlers, I'll add The Argent Adept to the queue after Haka.

As requested by Powerhound_2000, here's my fourth conversion: Haka.

Notes on Haka: I think the linked statistics can be used to represent Aata or Arataki (as stated on the sheet); as far as I know, they have quite similar backstories, powers, and personalities (if I am wrong, please say so). You may wonder why I made the Hakas' Strength lower than their Vitality; I did so because they literally cannot die. The Hakas' Out Ability represents the fact that, even when Out, they still "tank" for the team.

Thanks goes to geoff907, because if he had not posted his Haka stats, I might not have thought of using the Higher Power Power Source. Regarding my comments to geoff's build, I did end up not using The Multiverse Power Source because it does not grant any Athletic Powers, as I commented.

Next conversion is The Argent Adept, requested by Antlers. Feel free to keep requesting.

As requested by Antlers, here's my fifth conversion: The Argent Adept.

I actually did a few a while ago! Lets compare notes 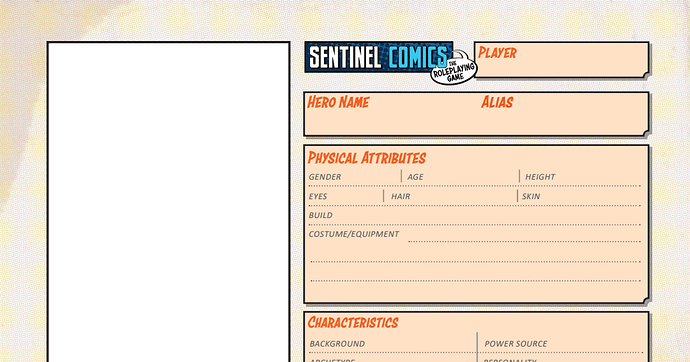 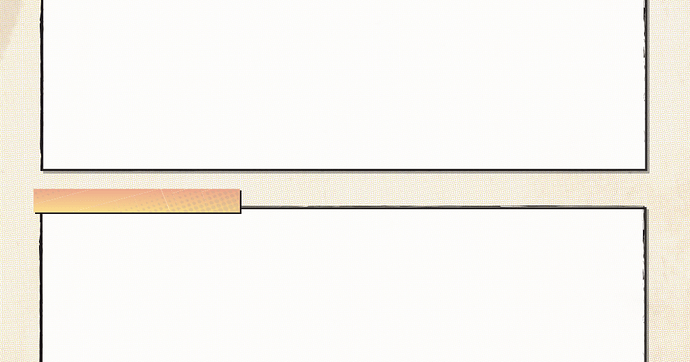 It is always very interesting (to me, at least) to see how different folks build the same character. The Designers have certainly succeeded at making a system in which that is possible.

For example, my Nightmist is a Sorcerer, and @JoeSteeloak’s is a Reality-Shaper, and they’re both equally Nightmist. Unlike some systems, where Alice the Wizard and Bob the Fighter really only work with those specific classes, SCRPG offers many different, yet all “correct” builds for the same character.

And, in a way, this mirrors Comics. Some writers might write a Shmatman* story where he focuses on beating up the bad guys (Close-Quarters Combatant), while in another he might primarily use all his wonderful toys to fight crime (Gadgeteer).

Before I go on to your specific builds, Joe, I would like to make clear that these are all friendly suggestions or questions asked out of curiosity, not criticisms. : ) Now, on to the builds . . .

Thank you for your feedback!

Being able to make the same character vastly different without it becoming a different character altogether is one of the things I love about this system too.

I agree with most of what you said (Parse’s bow especially) so let’s see what I can comment on.

I might have missed one power on Ra, but honestly I like him having almost no variety in that regard. He has a very one tack mind

I think I used the 4 every time, mostly because I couldn’t be arsed.

Concerning Naturalist, remember the person creating the penalty decides when to apply it. But I did have trouble finding card names to fit them all. I think I swapped that one and the other environment target one’s names a few times. I really wanted my sheets to be translations of the decks as much as the characters.

Yeah, the Knyfe suggestion is good. I just used her normal card and didn’t want to involve the variant.

And I looked at divided and figured most stories with Ra focus on Ra and not Blake, and I was basing all my characters on translation the deck as much as the hero (where Blake is basically just one card I seldomly use.

I do have to make a correction here. Whenever someone with a penalty rolls a dice or dice pool, all applicable penalties must be applied, unlike Boosts.